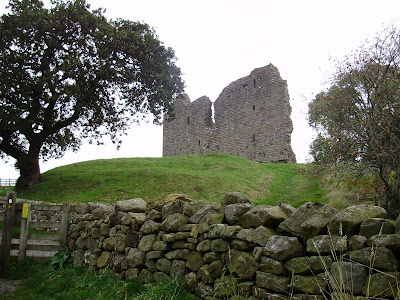 In the town of Thirlwall stands the remains of a 12th Century castle, said to be guarded by a demonic dwarf. According to volume 1 of the Local Historian's Table Book, Legendary division (1843):

"A Baron of Thirlwall castle returned from a continental war laden with abundance of treasure, amongst which was a table of solid gold. The gold table, it was furthermore said, was guarded day and night by a hideous dwarf, represented by many to be the foul fiend himself. In a predatory excursion of the Scots, however, the castle was stormed and taken by night, and the baron and his retainers after a desperate resistance were slain. The castle was ransacked for the treasure, the room containing it, was forcibly entered, but dwarf - gold table - and money bags had disappeared. They searched dungeon and vault, but nothing could be found, so after setting fire to the castle they departed. The dwarf (according to tradition) during the heat of the engagement removed the treasure, and after throwing it into a deep well jumped in after it, and by his infernal power closed the top of the well over himself and his charge."

It is said that the dwarf still haunts the castle, keeping a watchful eye over the treasure hidden beneath. Some versions of the legend say he is under a spell, which can only be broken by the only son of a widow. The Local Historian's Table Book adds that 50 years ago (c. 1793) a man was ploughing and found what he thought to be the well. He returned alone at night to investigate further, but despite searching day and night he could never find the place again.

According to the National Park Website, during the restoration of nearby Blenkinsopp Castle, the entrance to a secret passage was discovered in the north-east corner. It is thought that there may have once been a secret passageway connecting Blenkinsopp Castle to Thirlwall Castle, to provide an escape route should either castle be captured by the enemy. Strangely enough, Blenkinsopp castle is said to be haunted by the ghost of a white lady whose treasure is hidden down this same secret passageway, so there must be quite a collection of gold gathering down there!

If there's one thing i've learnt about Northumberland (apart from the alarming number of evil dwarves!), it's that no matter how lovely the weather is during the week, it always rains at the weekends! On an overcast and rainy Northumberland Sunday, myself and my chauffeur/navigator/very understanding boyfriend put on our winter woolies and waterproofs and ventured off to Thirlwall Castle. Just as we got there the skies opened up so unfortunately my exploring and photo taking was cut short! No signs of any secret tunnels or overgrown wells, but it really is a lovely old castle ruin and definitely has a feeling of the Fae about it! 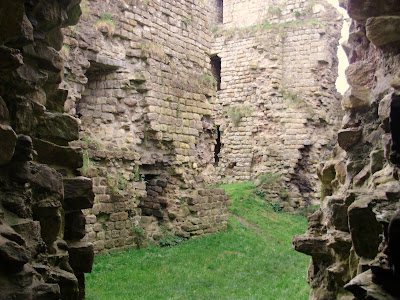 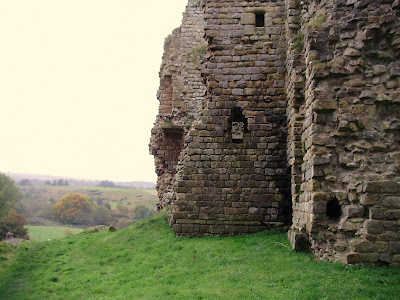 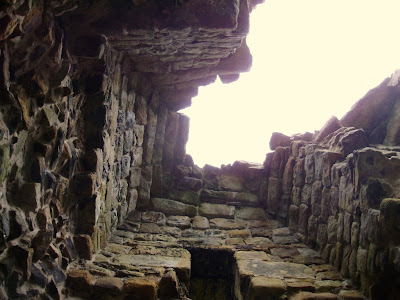 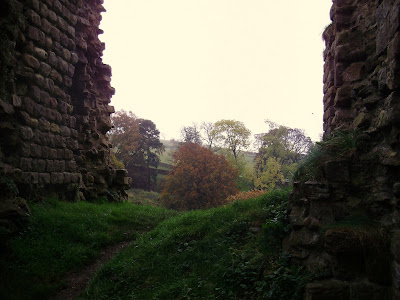