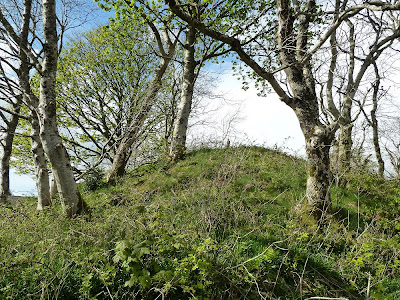 Beauty can sometimes be found in the most unexpected of places, and the same can definitely be said of fairy sites. Within a couple of minutes walk of the busy town centre of Broadford can be found a grassy and magical little knoll, covered in delicate wild flowers and wildly knotted blackberry vines. Beneath the knoll hides a deeper secret, that of the ancient dead. 'The Gentleman's Magazine' of 1841 gives further details of this fascinating site...


"The discovery [of chambers inside] was made by a poor girl, who related the circumstance to me as follows. One day, when she was sitting on the Cairn, some of the earth near her suddenly gave way, and fell in; presently a large stone followed, -- revealing, to her great surprise and alarm, a dark hole, and showing that the Cairn whereon she had been sitting was hollow. She ran and communicated her discovery to some men; who first threw some stones into the cavern, and then descended." 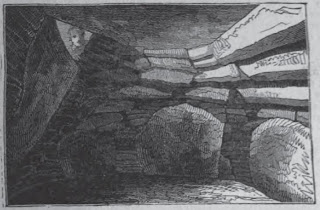 (Drawing from The Gentleman's Magazine of 1841)

Descriptions of what they found inside the tomb seem to vary but most seem to agree that human bones were found, together with the remains of a stone coffin. According to the young girl she also saw an amber bead, and the sign near the cairn mentions a green stone archer's wristguard but the Gentlemen's magazine seems to suggest that this was found at another cairn.

No mention of fairies was made in this article, but MacCulloch does mention in 'the Misty Isle of Skye' (1905) that several places in Skye are noted as haunts of the fairy folk, including "a fairy knowe close by the Inn at Broadford." Swire also mentions the fairies in 'Skye: The Island and It's Legend' (1961) and writes that "fairy music used often to be heard in Broadford, on the fairy knoll near the hotel. On the little promontory where Sutherland's garage now stands, fairies could be seen dancing. Whether they still do so, in and out of the petrol pumps, is not known."

Whether all sources are speaking of the same grassy knoll I'm not entirely sure, but the Liveras chambered tomb has an undeniable atmosphere of mystery about it. Although the knoll is relatively small, the dense vegetation and clambering blackberry vines make exploration very difficult, and no matter which direction you approach from and which path you try to follow, you never seem to find yourself any further up the hill! I hope the photos below manage to capture the wonder of this beautiful place... 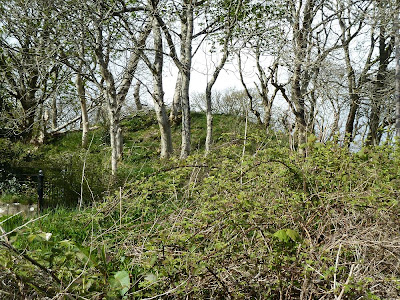 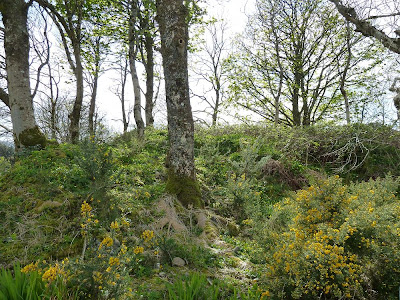 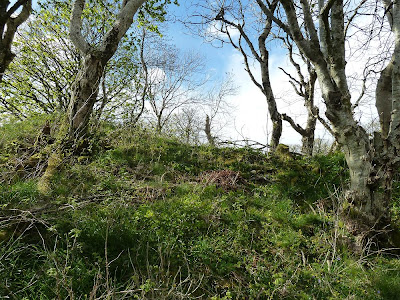 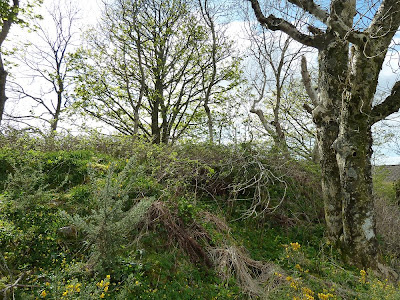 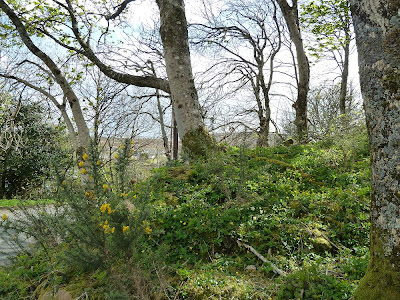 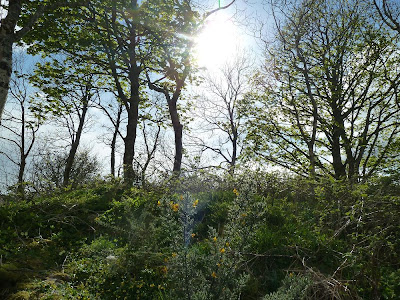 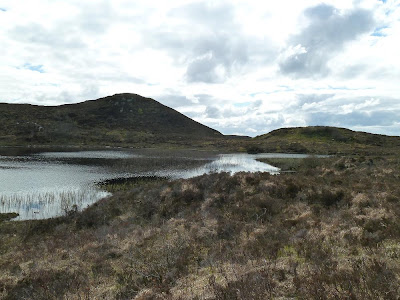 Now for something a little more chilling. In modern times Kelpies and Water Horses are often portrayed as beautiful and kindly creatures, but in days long past their reputation was not so pleasant. These creatures were greatly feared and their sightings brought terror and horror to local people, who would hide their children indoors lest the Kelpies took them away forever. They had the powers to rise from the water in human form, and some would seize their prey and drag them beneath the waves, and others would prey in human form and drink the blood of their victim. Some disguised themselves as old women and would knock on the door of a lonesome bothy, pleading for shelter from the cold. If a young maiden was foolish enough to let the old woman in it is unlikely she would ever wake the following morning. Some Kelpies would disguise themselves as a handsome young man, so young maidens were warned to never go near a man with seaweed or shells in his hair, lest he drag them to their doom.

Loch nan Dubhrachan is a dark and brooding loch close to the road side between Isle Ornsay and Knock on the Isle of Skye, and was once said to be tenanted by a water-horse. According to MacCulloch's 'The Misty Isle of Skye' (1905) the water-horse had a perchant for pretty girls, but they did not like his attentions. This creature caused so much fear that in 1870 it is said that an attempt was made to catch the beast and end it's reign of terror. An account of the hunt was published by Alasdair MacGregor in 'Somewhere in Scotland' (1935). The entire account can be found here on the Comann nan Each-uisge Website. Another account can be found in MEM Donaldson's "Wanderings in the Western Highlands and Islands (1920), and can also be found on the Comann nan Each-uisge Website. Swire gives name to the beast in "Skye: The Island and it's Legend" (1961), refering to it as the 'Beast of the Little Horn'.

According to folklore great provisions were made for this hunting of the Waterhorse, with children being freed from school for the day, and people coming from far and wide to join in with the hunt. According to Donaldson's account vast quantities of alcohol were consumed too, which could explain a lot! He tells that two boats were brought along and a net was stretched between them to be dragged along the loch, but the net caught in a snag and "the majority of the spectators, thinking that the water-horse was indeed enmeshed, in terror rushed for their houses and carts or fled precipitately from the scene. Beside the snag, all that was caught on this occassion was two pike, so that the fisherman who aspires to a catch out of the common still has chance of the water-horse."

MacGregor's account published in 1935 comes from a man named John MacRae, who as a boy witnessed the hunt for the water-horse. He tells that the hunt began after a cattleman and his wife observed a small, black object on the shore of the loch. At first the cattleman thought it to be one of a farmer's cows that had drowned and washed ashore but as he neared the beast it "swam out with his head below water, putting little waves ashore." MacRae tells how the people were terrified and believed it to be the 'each-uisge' so Lord MacDonald said he would dredge the loch, and hence the hunt began.

After a short scramble through overgrown bushes I came across the loch, a dark and forboding place. The water appears dark and brooding, and the undergrowth is brittle and skeletal. No flowers bloomed or birds sung, this is not a welcoming place. We didn't stay long. 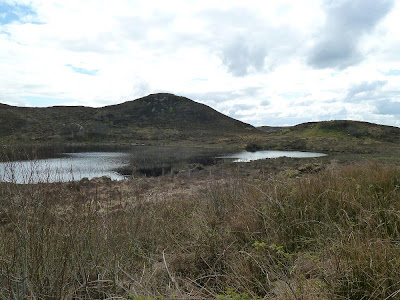 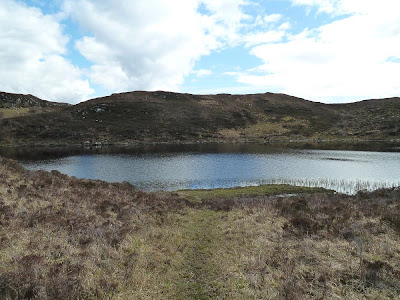 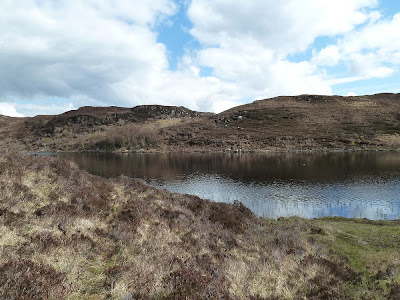 Posted by The Faery Folklorist at 16:42 3 comments:

An Sithean, Isle of Skye 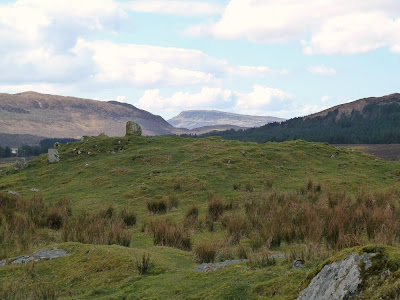 I apologise for the very long delay in putting any new blog entries up, I haven't stopped my adventuring, I just found a new job so the adventuring has been a little less often and nearer to home lately. I did however make it across to the Scottish West coast in April to celebrate my 30th Birthday, and visited many fairy sites over that lovely sunny week, so i'll try and update my blog with those photos over the coming weeks and maybe we can try and convince the sun to come back out again :)

I'll begin with a lovely green grassy knoll on Skye known as Aant Sithe or An Sithean. According to Swine's "Skye: The Island and it's Legends' (1961): "This, as it's name implies, is a fairy place. On clear moonlight nights the fairies can be seen dancing on the grass that surrounds the central stone and anyone approaching quietly and with a receptive mind may hear the wonderful strains of fairy music issuing from the ground. What the mound was before it was a fairy dwelling is something of a mystery. In the centre of the summit stands a large stone, perhaps once a 'standing-stone' but not closely resembling a broken tooth. Round it is a ring of grass, and then a ring of stone much overgrown."

There are a great many magical places on Skye, but there are few more magical and mysterious than here. The scattering of grey rocks and boulders appear random, but have the definite feeling of a purpose about them, though long forgotten apart from on the OS map where it is marked as a 'chambered cairn'. I listened very carefully and peeked beneath the rocks but unfortunately didn't manage to catch a glimpse of fae, or hear any whispered notes of fairy songs. As I left a hooded crow took perch upon the central stone, a fitting guardian indeed for such a magical place. 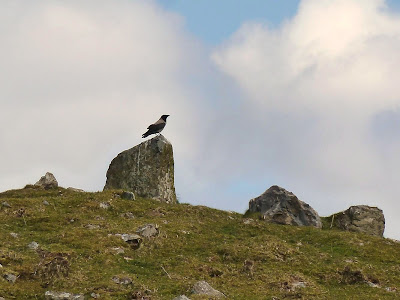 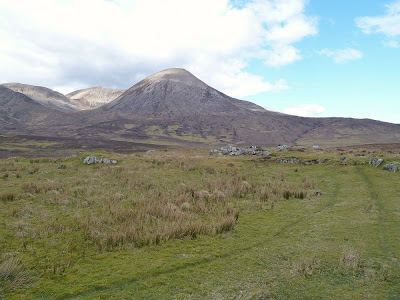 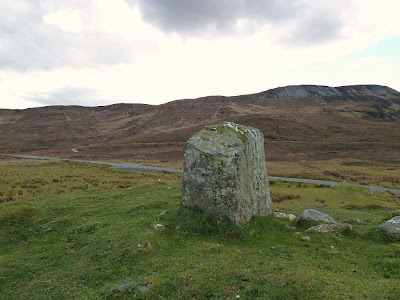 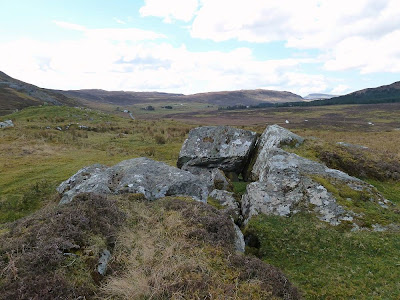 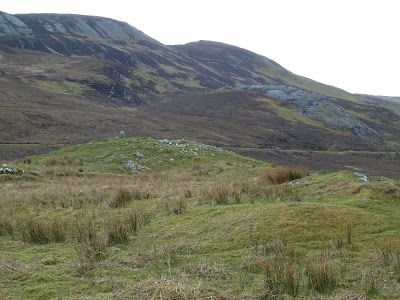 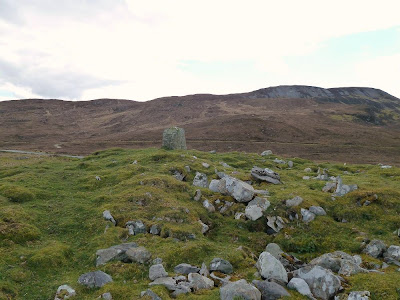 An Sithean is easy to find, sitting just off the B8083 heading out from Broadford. The chambered cairn remains sit at the base of the hill marked on the OS map as 'An Sidhean', with the top of the hill being set much further back from the road. However from Swine's description it seems that the rocky part with the standing stone was once thought to be the fairy hill itself, so i'm not entirely sure which part the fairies are said to live in. The photos above cover the cairn hill itself and the surrounding stones and area.

Sources and Further Information
Skye: The Island and it's Legends, Swine (1961)
The Modern Antiquarian, An Sithean
Posted by The Faery Folklorist at 15:38 No comments: