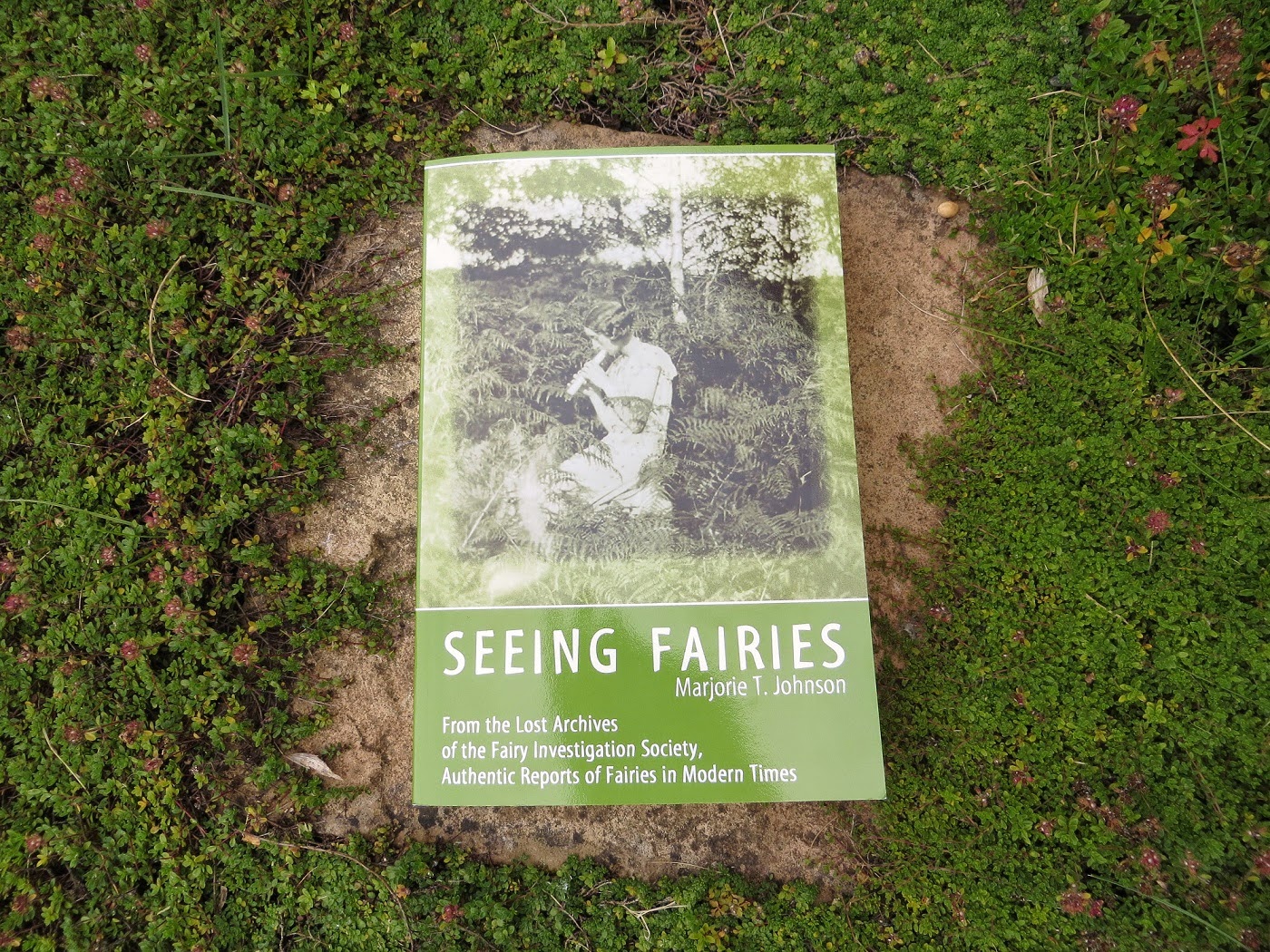 Firstly, an apology for my lack of recent updates. The past year has been somewhat lacking in fairy seeking adventures, but this was definitely made up for with another big adventure... marriage! :)

So what have I been doing instead of wandering out looking for fairies? Catching up on my reading and working my way through the very large pile of folklore books that spill from my overflowing bookcases! One new book in particular deserves a mention... 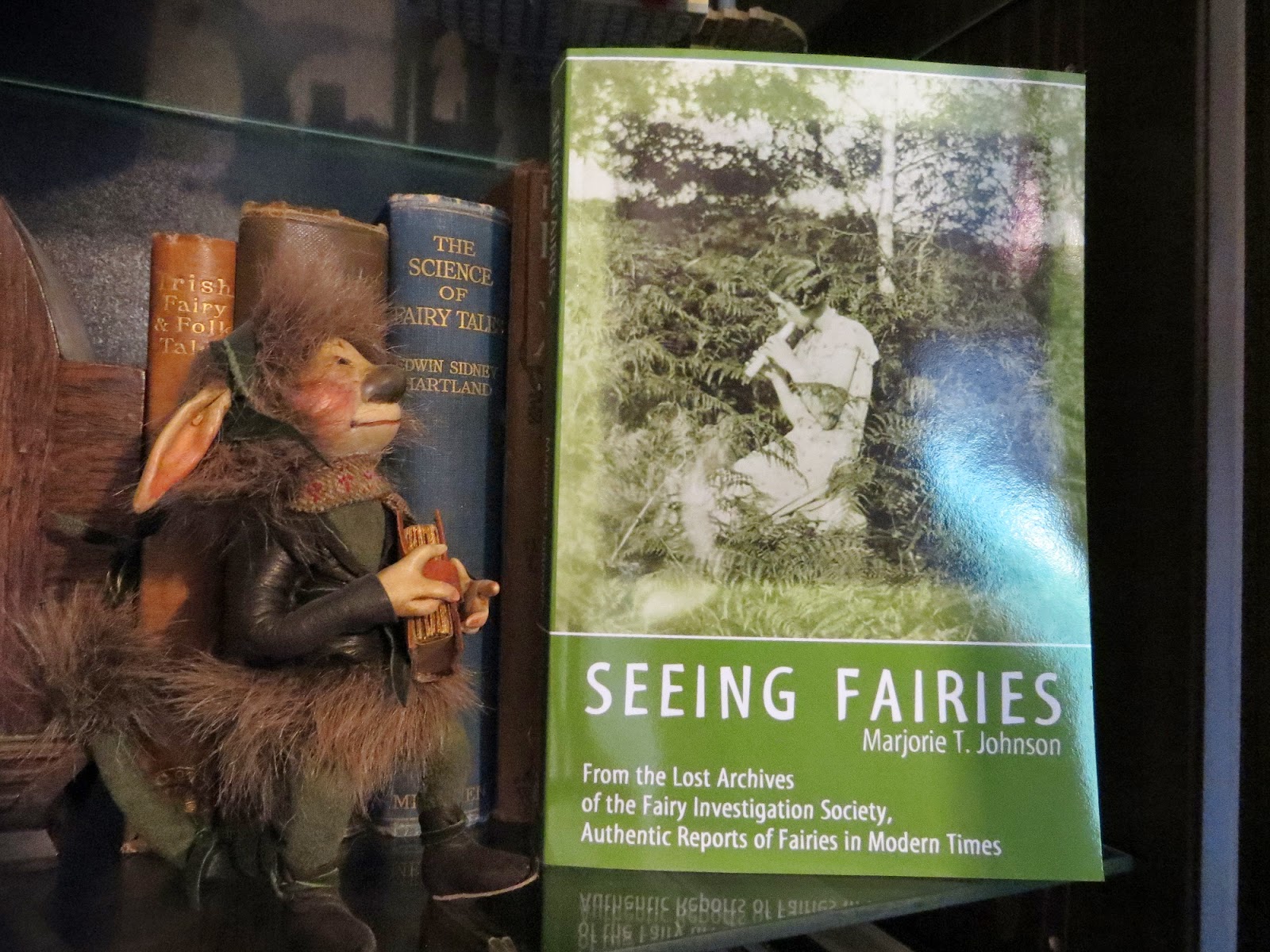 Seeing Fairies: From the Lost Archives of the Fairy Investigation Society, Authentic Reports of Fairies in Modern Times. by Marjorie T. Johnson, with an introduction from Simon Young.

Marjorie Johnson was secretary of the Fairy Investigation Society in the 1950s and throughout her lifetime she collected stories of fairy sightings, though sadly her book was never published in English during her lifetime. She collected together hundreds of stories of fairy sightings from people of all walks of life, with sightings of nature spirits, wood elves, undines, gnomes, tree spirits, banshees, water fairies, fire fairies, and much more. Many of these stories came from adults who remembered seeing fairies during their childhood, though other people including Marjorie herself saw fairies throughout their adulthood too. Some of the sightings are so outlandish and peculiar they truly do need to be read to be believed!

One of the most exciting stories for me was the mention of the cat-like fairy creatures of the New Forest, a story I had often heard mention of but never found an original source for until now. I was also excited to see a chapter on the Gnomes of Wollaton Park, who could ever tire of reading about these curious little bearded gnomes and their racing motor cars! Wherever you live in the UK you're sure to find a story or two in your local area, from sea fairies in Looe, fire fairies in London, and Banshees in Ireland to green wood elves in Lincolnshire and a rather surprising sighting of a Leprechaun in Northumberland!


This book truly does open a great many new and exciting doors into fairy research, with hundreds of previously unpublished fairy sightings just waiting to be further researched, and new fairy locations just waiting to be visited. An essential read for all dedicated fairy folklorists!
The book is available to buy in the UK from Amazon UK, and in the US from Amazon US. Further details of how to buy the book in other countries can be found on the publishers website here. 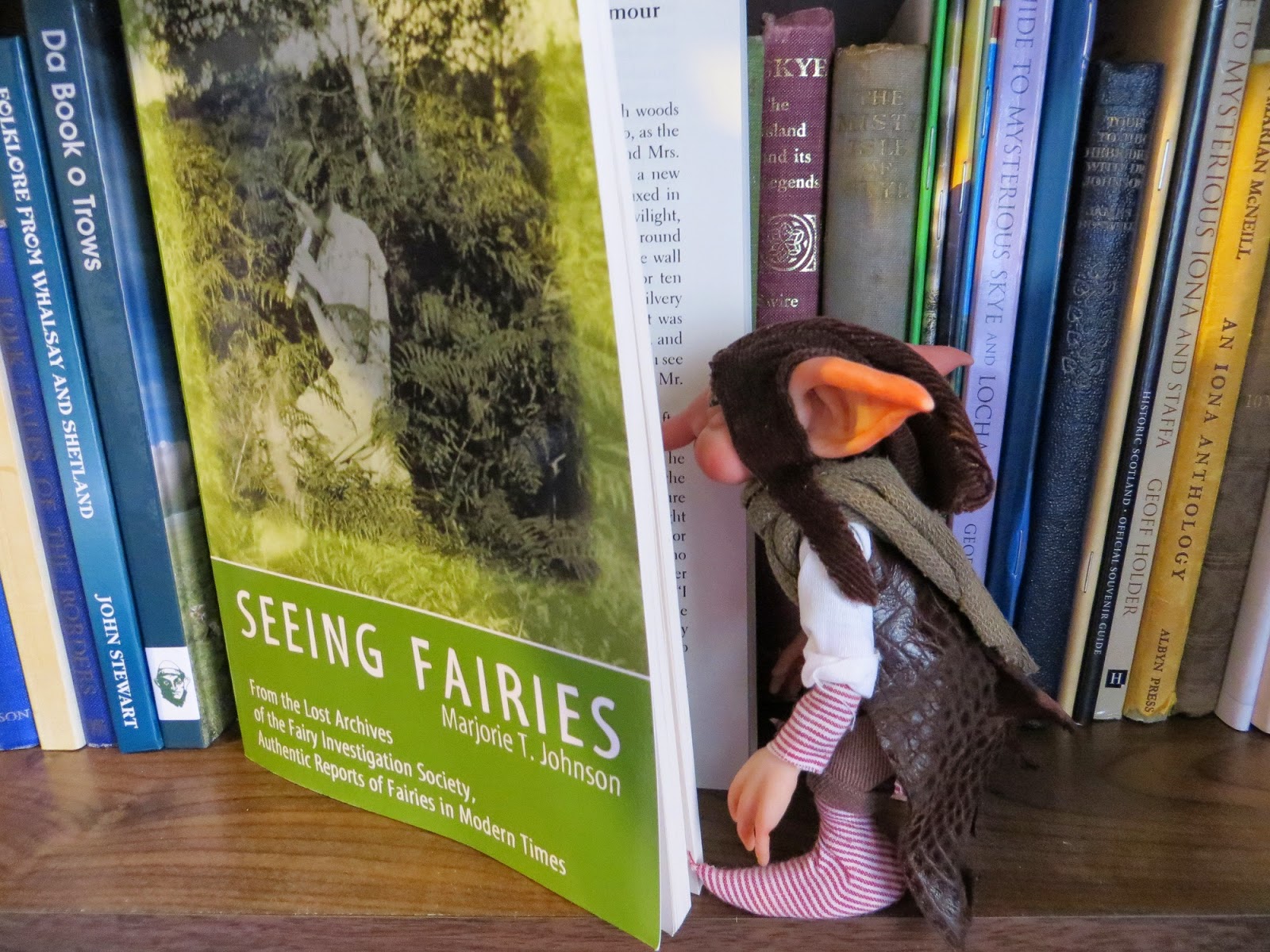 Until I get the chance to visit more fairy sites, would readers like to see more fairy folklore book recommendations? I should also mention that the curious fae creatures above found their way to me from the rather talented Fuego Fatuo and Wendy Froud.
Posted by The Faery Folklorist at 11:21 10 comments: