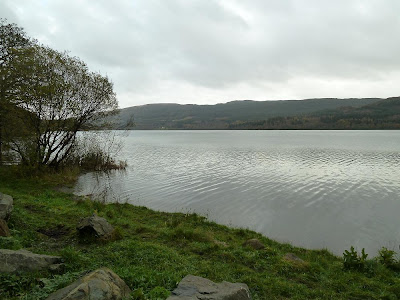 Loch Venachar, or Vennacher as it's also known, was once home to a terrible beast, said by the locals to be a Waterhorse or Kelpie. The exact date of its first appearance seems to be unknown, but Graham wrote of it in 1806 in his book 'Sketches descriptive of Picturesque Scenery on the Southern Confines of Perthshire'. He wrote:


"Every lake had its kelpie, or water-horse, often seen by the shepherd, as he sat in a summer's evening, upon the brow of a rock, dashing along the surface of the deep, or browsing on the pasture ground, on its verge. Often did this malignant genius of the waters allure women and children to his subaqueous haunts, there to be immediately devoured. A most disastrous event of this kind is still current in tradition concerning the waterhorse of Lochvenachar. Often did he also swell the torrent or lake, beyond its usual limits, to overwhelm the hapless traveller in the flood."

The Each Uisge is was also written of by John Leyden when he visited the area in the year 1800. He wrote the following in his book 'Journal of a tour in the Highlands and Western Islands of Scotland in 1800':


"Our guide informed us that the people of the vale had been a good deal alarmed by the appearance of that unaccountable being the waterhorse (Each Uisge) during the spring, which had not been seen there since the catastrophe of Corlevrann, the wood of woe, when he carried into the loch fifteen children who had broken Pace Sunday. I made enquiries concerning the habits of the animal, and was only able to learn that its colour was brown, that it could speak, and that its motion agitated the lake with prodigious waves, and that it only emerged in the hottest midday to be on the bank."

A quick google search revealed that 'Pace Sunday' usually refers to Passover (or sometimes Easter), though I can't find any references to the phrase 'broken Pace Sunday. Perhaps it means that they ate leavened food during Passover when they weren't supposed to? If someone recognises this phrase I would be intrigued to know.

Leyden refered to the kelpie incident as the "catastrophe of Corlevrann, the wood of woe", but I cannot find any place with that name nearby. However, there is a place on the Ordinance Survey map on the northern shore named Coille a' Bhroin. According to Groome's Ordnance Gazetteer of Scotland (1896 edition), "A wooded bank on the N shore bears the name of Coillebhroine ('wood of lamentation'), from a legend of a malignant water-kelpie". Coille a' Bhroin also appears on a map dated 1866 on the Old Maps website. So it does seem that the Coille a' Bhroin on the OS maps is the location of the woods where the kelpie incident occurred.

'The Enchantment of the Trossachs' by Stott (1992) claims that the kelpie "seized some young children who bathed in the Loch. To this day, the wood at this point is called the wood of lamentation." So it appears that the wood was named in memory of this tragic event. It is sad that it lies forgotten in modern times and that there are no signs relating the story to those who park in the carpark opposite, unaware of the tragedy that happened only a few steps away, and the danger that lurks beneath the waves lapping at their toes. 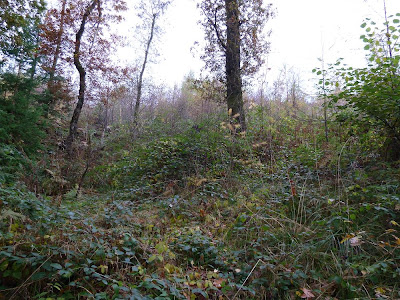 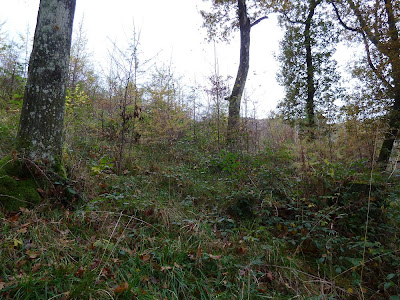 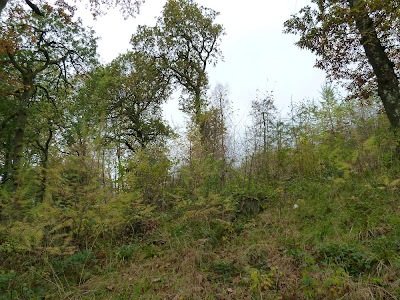 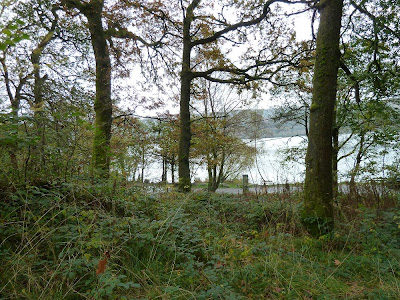 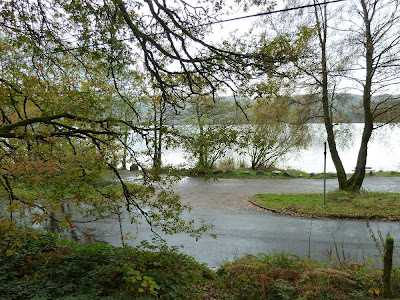 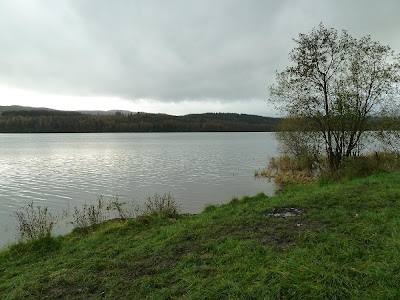 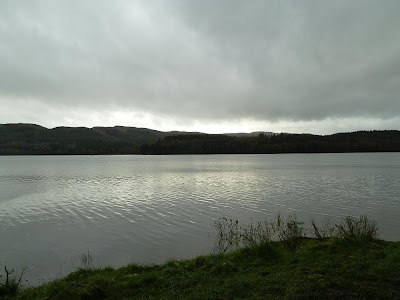 Sources & Further Information
Sketches descriptive of Picturesque Scenery on the Southern Confines of Perthshire, Graham
Journal of a tour in the Highlands and Western Islands of Scotland in 1800, Leyden
Ordnance Gazetteer of Scotland, Groome
The Enchantment of the Trossachs, Stott
The Lore of Scotland, Westwood & Kingshill
Historical Perspective for Venachar, Loch
Old Maps Website, Loch Venachar
Posted by The Faery Folklorist at 19:33

Aha! Very interested in the Each Uisge as Bassenthwaite in Cumbria is supposed to have a lake monster, known as the Eachy. The story has little provenance around here, but clearly its roots are Scottish, or pre-English, at any rate! The Bassenthwaite Eachy, like yours, is not the nicest of monsters - no sense of the affection in which the Loch Ness Monster is held, for example.

Interesting! :D Hadn't heard of the lake monster at Bassenthwaite, have you written about him on your blog? Would love to hear more!

Northumberland doesn't seem to have much in the way of lake monsters, few rumours of something at Bolam Lake and that's about it that I know of. Cumbria is honored to have it's own lake monster! :D

Very beautiful blog with the most amazing photographs of landscapes and forests. I am Greek, but I make this comment because I like very much the traditional folklore of many countries and most of all the celtic and fairy folklore. I dedicided to write because I think that I can help you with the phrase 'broken Pace Sunday". It reminds me an expression which is/was said in Greece, that someone "broke the fasting", namely the great fasting forty days before Easter Sunday, when this person had eaten meat or cheese at this time. I dont know something about leavened/unleavened bread, this is a jewish tradition.

Lovely to meet you Vagia! Thank you so much for explaining "broke the fast", that does make sense! Thank you :)

Thanks for your warm welcome. I hope that you continue to post folkloric articles.