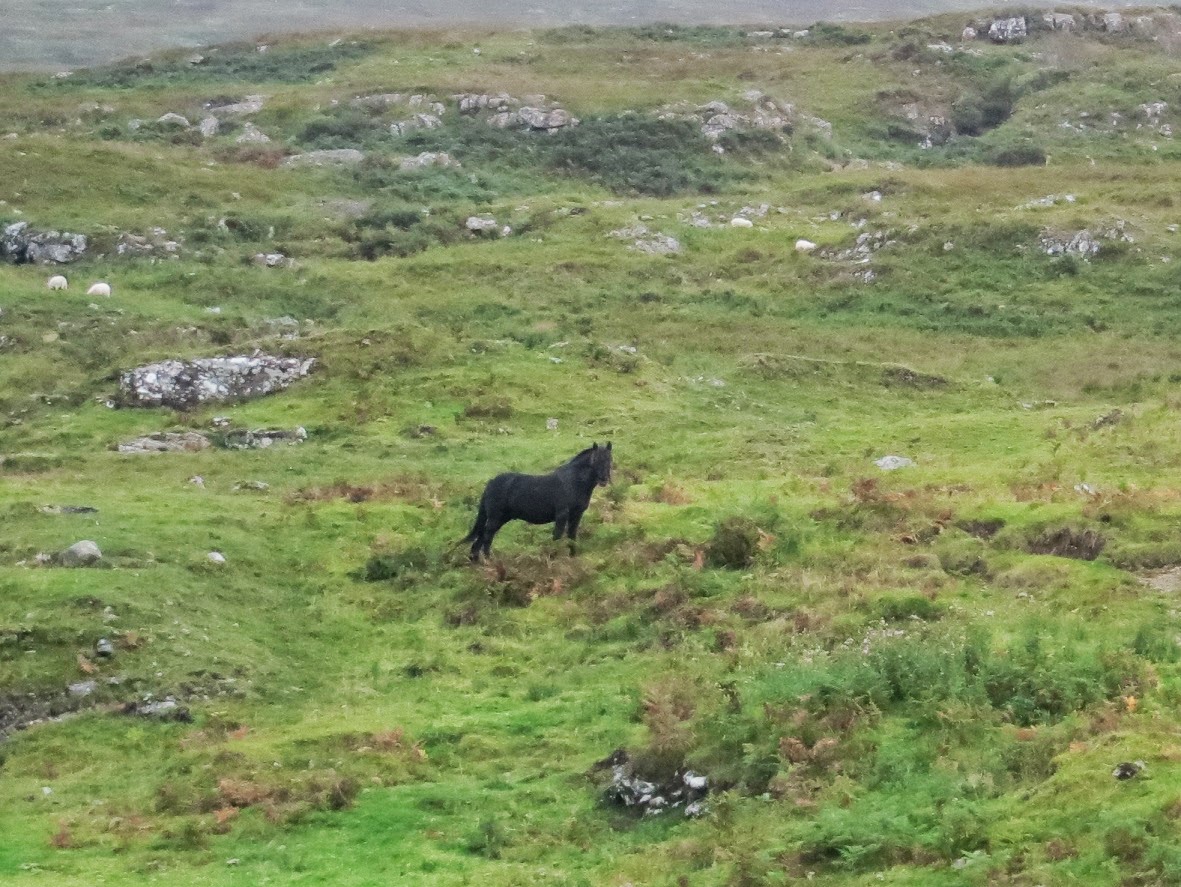 The Water-Horse, or Each Uisge, is a most terrifying creature said to inhabit the fresh water lochs of Scotland. He can change shape and appear in human form, travel between lochs, and is also said to visit sheilings, often in the form of a handsome man to lure women to their death. If a traveller is foolish enough to mount a lone horse at the side of the loch, he or she may find their hands mysteriously stuck to the horse as if by glue, as the water-horse rides off at speed towards the loch to drag them deep beneath the waves to be drowned and eaten. There are even stories of the back of the horse stretching to accommodate a whole row of small children, their livers floating to the top of the loch the following day. I took the above photo last year on Mull at the side of a different loch, he certainly had a wild look in his eye, I didn't get too close.

Loch Assapol (NM405205), south east of Bunessan on the Isle of Mull, is said to be home to one of these terrifying creatures. The full story is told in 'The History of the Island of Mull' by Maclean (1923):

"Another Mull legend tells of a young damsel, on a warm summer evening straying along the banks of Loch Assapol, when a stranger accosted her. Together they sat on a green knoll, and the stranger laid his head in her lap. She carelessly ran her fingers through his hair, and discovering in it the green fungi of the loch, she trembled with fear, and looked about to escape. To her great relief he gave a loud snore; showing he was asleep. Adroitly placing a stone under his head, she sprang to her feet and with all possible speed ran to the old manse where she served. Arriving within a few yards of the door she looked backward and saw a beautiful grey steed in full pursuit of her. It was the dreaded water-horse, who, finding that the maiden had escaped, followed her crying out, "Next Sabbath I will come and take you." The girl widely spread the account of her escape from the water-horse.

The following Sabbath a great congregation assembled on the knoll immediately about the loch. The old parish minister stood in the center, with the girl also placed there for safety. In a little while a loud neighing was heard in the direction of the green plain skirting the margin of the lake, and at once appeared a water-horse coming at full gallop, with foaming mouth and distended nostrils. It charged into the crowd, seized the terrified girl in its jaws, carried her into the lake, and she was never seen again."

The story is also briefly mentioned in Campbell's Superstitions of the Highlands and Islands of Scotland (1900): "Many of the stories add that the young man (or Water-horse) came for her on a subsequent Sunday after dinner, or to church, to which (as in the story of the Water-horse of Loch Assapol in the Ross of Mull) she went for security rather than keep an appointment previously made with him, and took her to the loch." 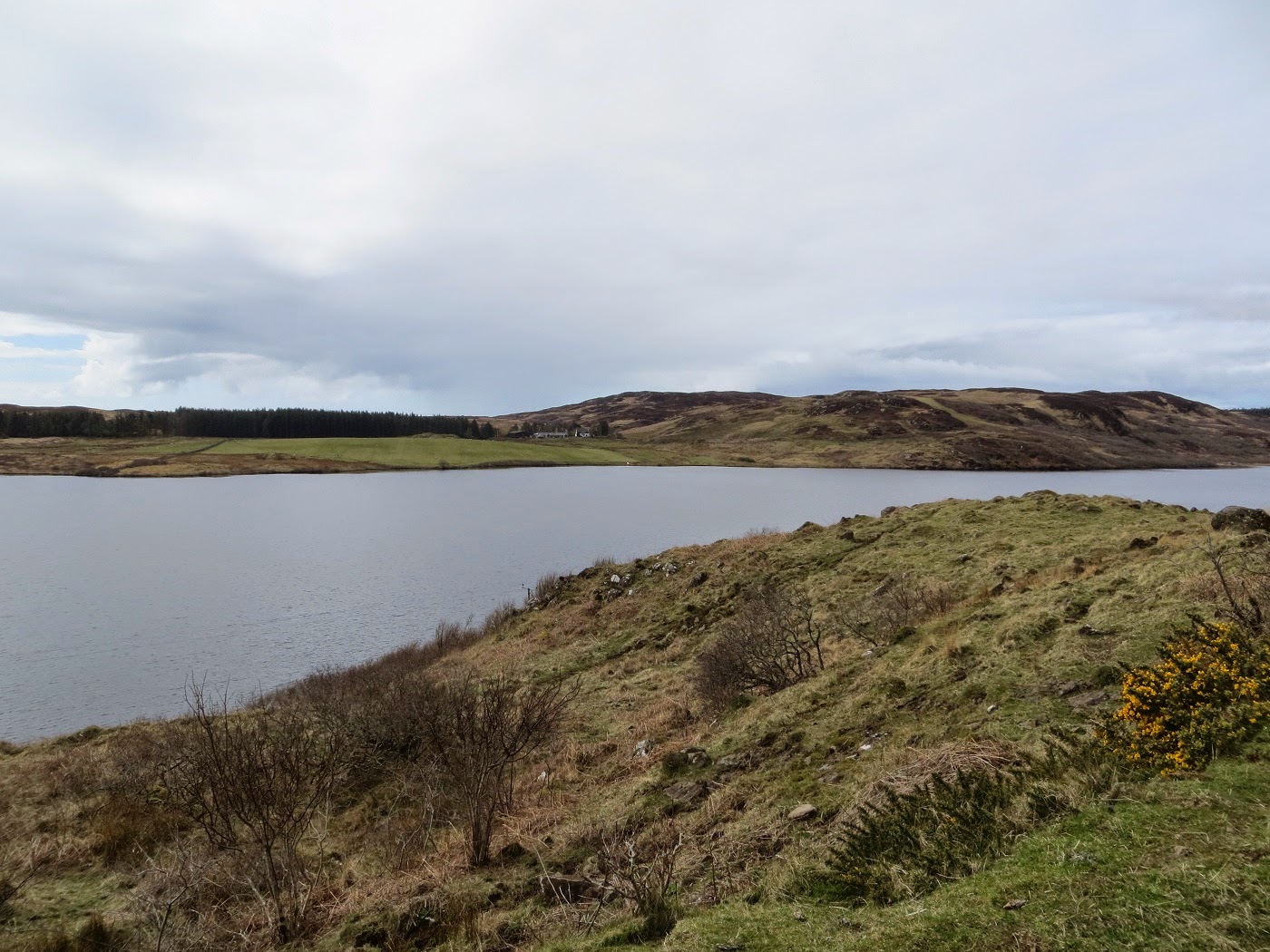 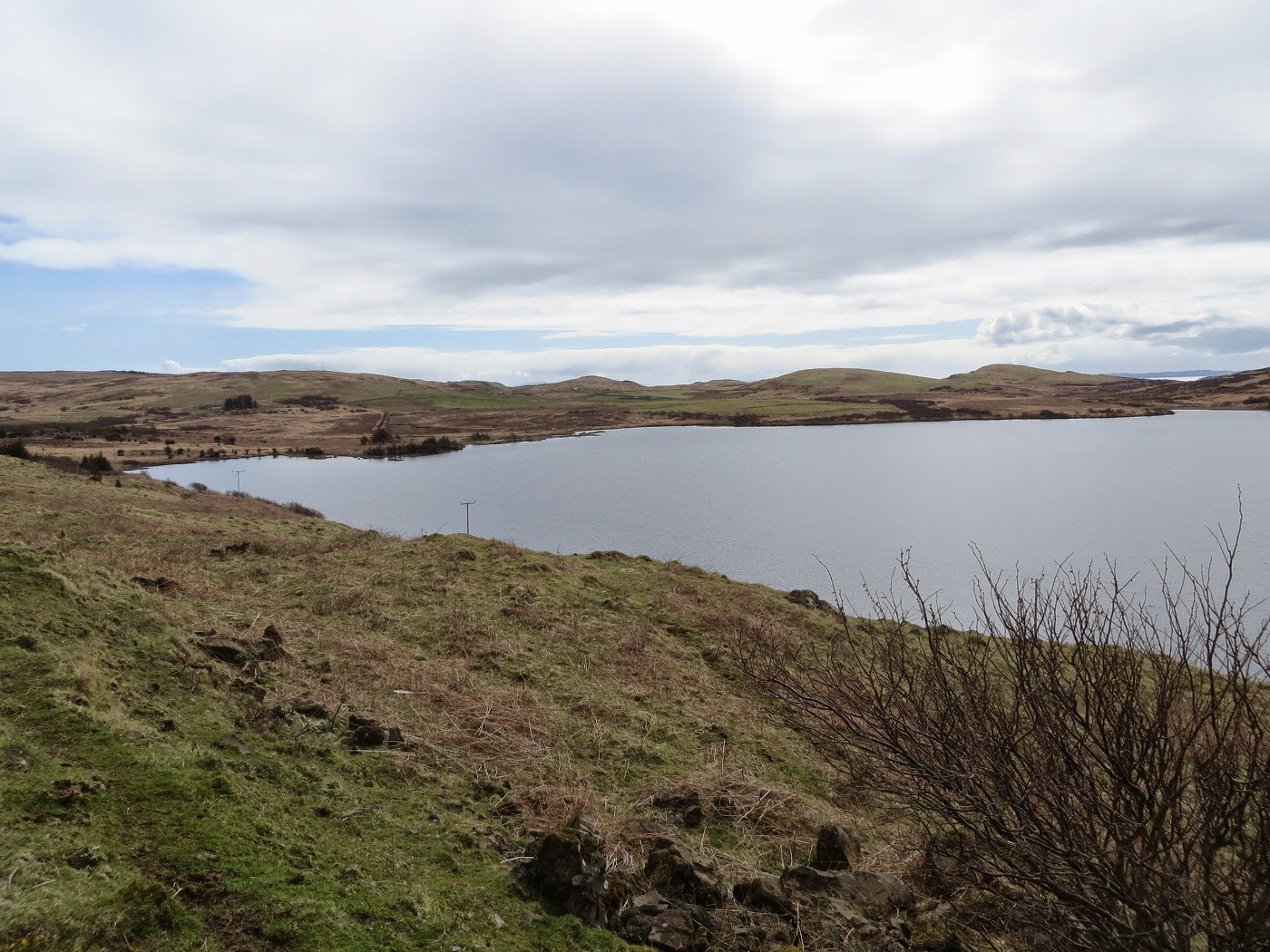 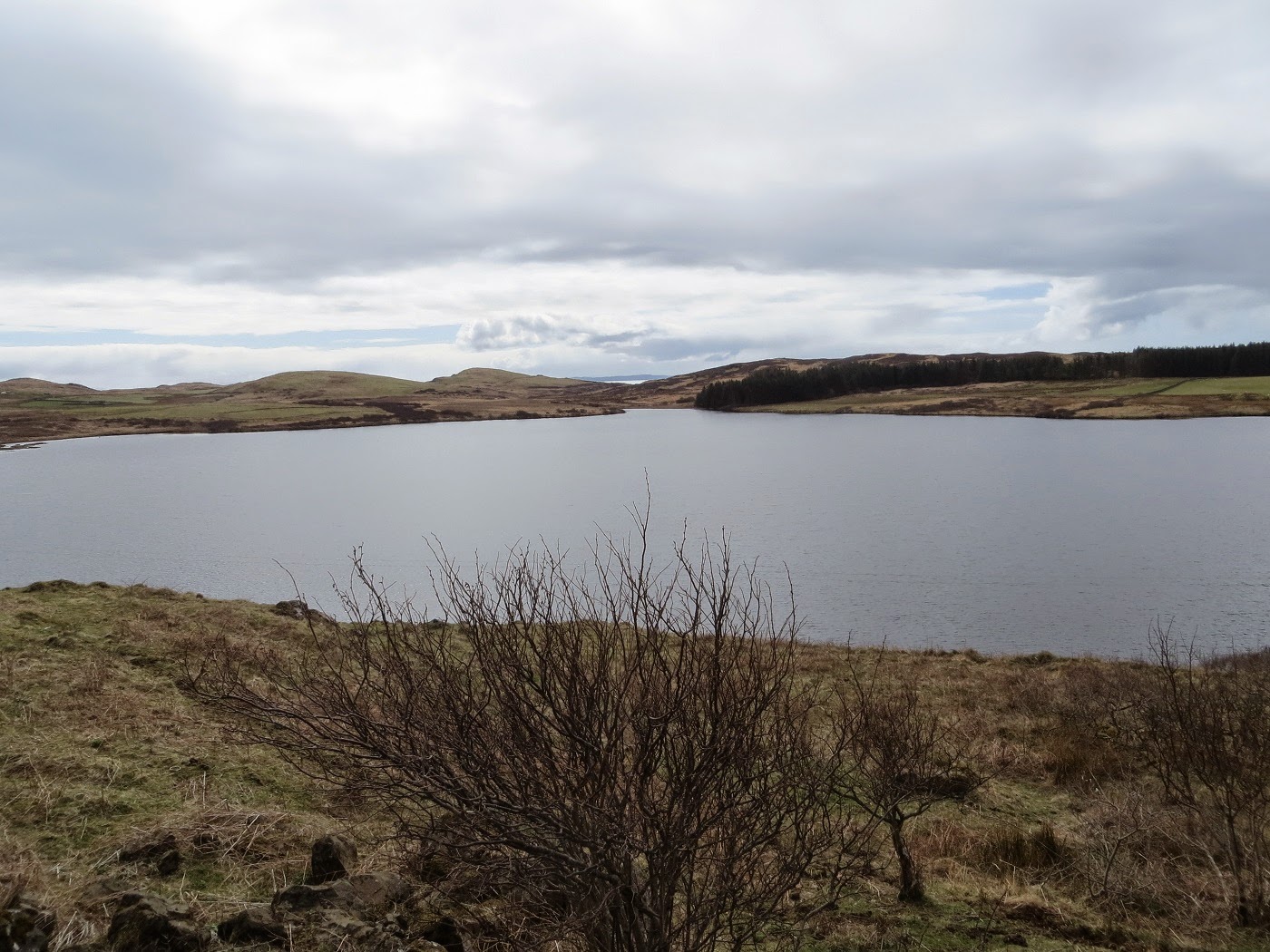 You should be able to have a look around at Loch Assapol on the Google Viewer below, just click and drag to explore:

Sources & Further Information
Superstitions of the Highlands and Islands of Scotland, Campbell
The History of the Island of Mull, Maclean
Posted by The Faery Folklorist at 18:27

I would like to know where I can find these fairy locations? Can you provide directions on how you taveled to these places?

Hiya Anon! Loch Assapol can be found at Ordinance Survey Co-ordinates NM405205, it's a nice and easy one to get to as a road passes right by it! :)

Just please, I need someone who might be able to help me with Kelpie knowledge.

It sounds a bit crazy, but I had a weird experience very near Loch Assapol. I was staying in a house on the very edge of Bunessan two years ago when I was 19, and we arrived very late. I went straight up to my room and fell asleep, only to jerk awake at 2am, absolutely certain that a young man with dark hair had just got into my bed and wrapped very cold hands around my neck. He laughed and said 'oh, you can't breathe, can you? What can you do?' and I remember just sheer panic that I was going to suffocate. He told me that I couldn't scream, but I did. I don't think I've ever screamed properly in my life until then! I remember I could breathe then, so I jumped out of bed and put the lights on, only to find I was alone - just left breathless and drenched in cold sweat.

I stayed up the rest of the night but I didn't think too much of it. It wasn't until three days later when I was reading a description of the Kelpie of Loch Assapol, literally a few hundred feet away, that I thought it was an interesting comparison.

Probably just a dream, or sleep paralysis, but I thought I'd tell it anyway!

Hi Luce, thank you for sharing your experience, wow that sounds absolutely terrifying! It definitely does tie in well with the location and seems more than coincidental when you weren't aware of the Kelpie at the time, I wonder if any other people in the area have had any similar experiences. If anyone reading this has, please do share your experiences too!