The Elfin Oak of Kensington Gardens 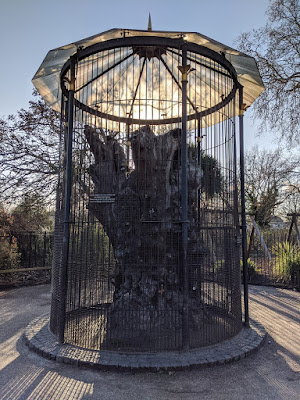 Todays blog post is about a wonderful tree I've been wanting to visit for a very long time, the Elfin Oak in Kensington Gardens, London! This very special hollowed trunk of an oak tree is decorated all over with the most beautiful sculptures of little faery folk and animals, including elves, fairies, birds, and more. According to the Royal Parks website it was originally designed by Ivor Innes in 1930 and is made from the trunk of an ancient oak tree from Richmond Park. It was given to The Royal Parks by Lady Fortescue in response to an appeal to improve facilities in the Royal Parks. It is well loved by both adults and children alike, and in 1996 the wonderful Spike Milligan raised money for its restoration. In 1997 it was declared a Grade II listed structure, quite an achievement for a tree!

A book about the tree was published in 1930 by Elsie Innes, the designer's wife, called The Elfin Oak of Kensington Gardens. I haven't been lucky enough to see a copy in person yet, but The Library Time Machine blog has some lovely photos from it and some wonderful photos of how the tree used to look originally before the figures were painted, and before the tree was placed in the current protective cage. 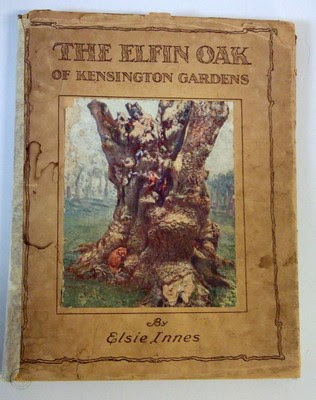 An earlier image of the tree can also be seen in this wonderful newspaper cutting from the Weekly Magazine published in 1951. 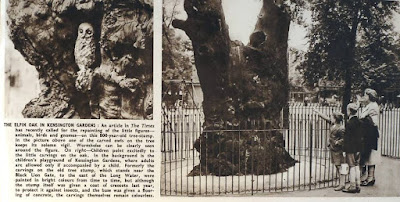 Interestingly, this wasn't the first mention of fairy folk at Kensington Gardens. In the 1700s a poem was published about a fairy kingdom on the land that has since become the park. This poem is called Kensington Gardens and was written by Thomas Tickell. For a deeper study of this poem take a look at the British Fairies blog, and a full copy of the poem can be found here on the Eighteenth-Century Poetry Archive website.

"Amid this garden, then with woods o'ergrown,
Stood the lov'd seat of royal Oberon.
From every region to his palace gate
Came peers and princes of the fairy state,
Who, rank'd in council round the sacred shade,
Their monarch's will and great behests obey'd.
From Thame's fair banks, by lofty tow'rs adorn'd,
With loads of plunder oft his chiefs return'd:
Hence in proud robes, and colours bright and gay,
Shone every knight and every lovely fay."
- Extract from Kensington Gardens, Thomas Tickell

Whilst in London last weekend I finally paid a visit to the tree myself, and was lucky enough to be given a tour by one of the tree's residents, a cheeky little squirrel! The tree seems to be a wonderful wildlife haven for birds too, and you can see cosy little birds nests peeking out of some of the nooks and crannies. 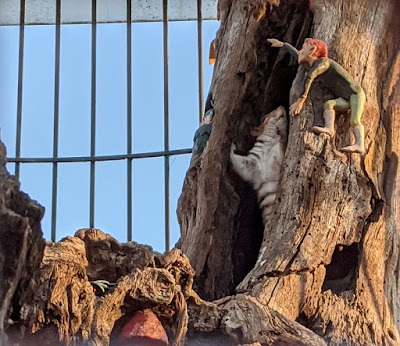 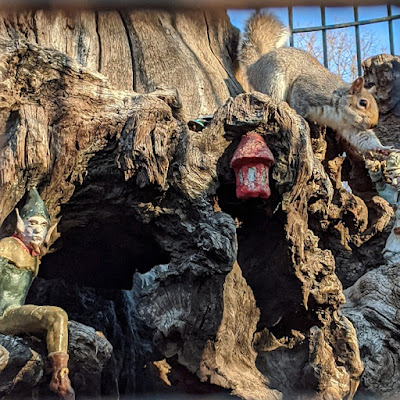 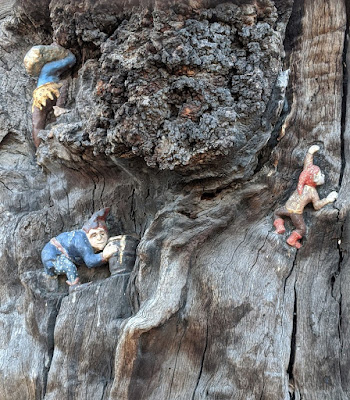 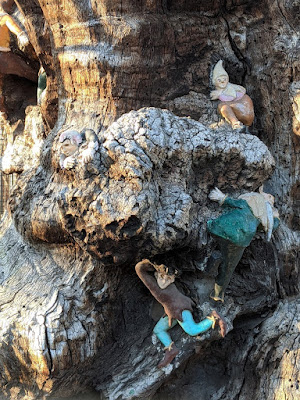 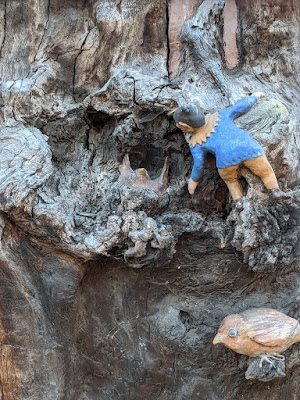 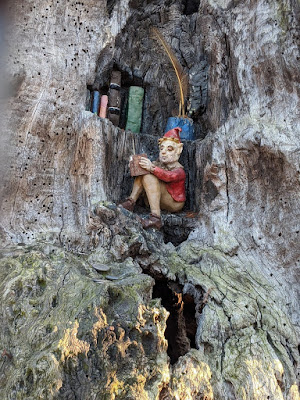 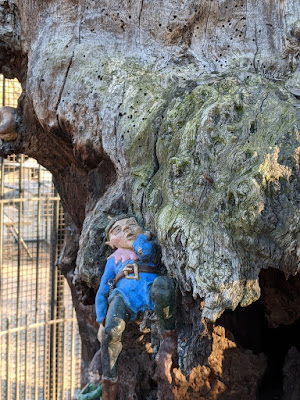 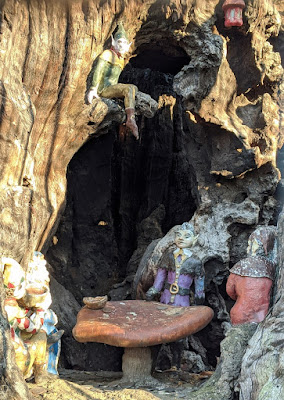 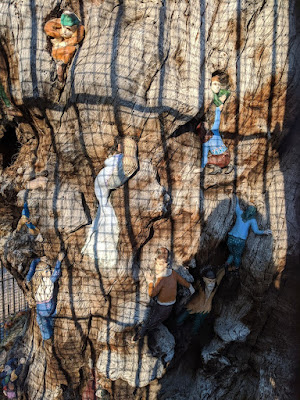 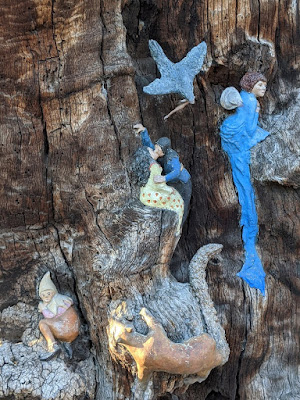 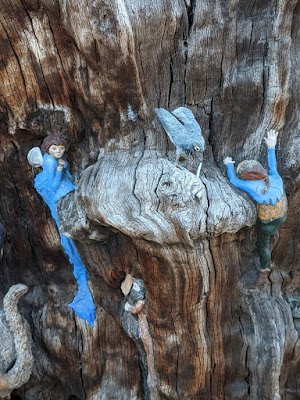 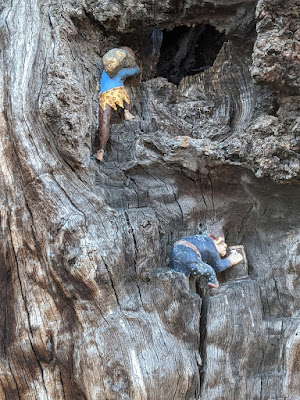 The Elfin Oak can be visited in Kensington Gardens during open hours, and is located next to the Princess Diana playground, it is circled in red on the map below. 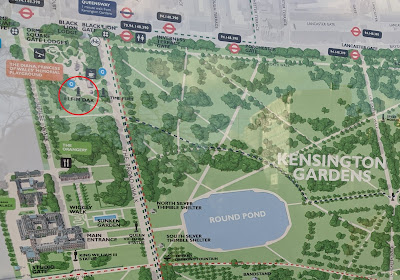 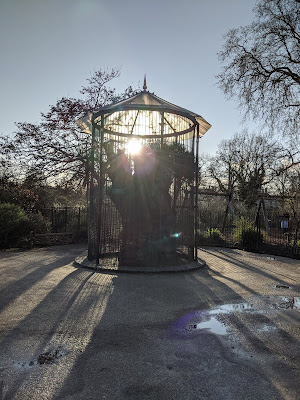 Have any readers had any fairy encounters in Kensington Gardens? Please do let me know in the comments if you have!

What a story!very beautiful artistic installation! I dont find the connection of the kessington gardens with the fairies astonishing because there takes place the tale of peter pan.