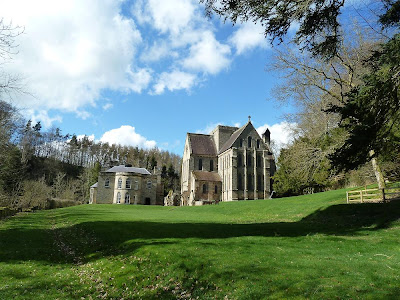 My blog entry today is about a beautiful old priory in the Parish of Brinkburn. The name 'Brinkburn' is thought to mean "'Brynca's burn, burh or spring', or 'the burn, burh or spring beneath the brink or hill'" according to the Keys to the Past website. A spring beneath a hill certainly sounds like a place that would be held dear to the fae folk, and Brinkburn is known locally as the burial place of the Northumberland Fairies. The earliest written source I've found for the presence of fairies in Brinkburn can be found in 'The Local Historian's Table Book, Legendary Divison Volume 3' (1846) by Richardson:

"In the sweet precincts of the solitude of Brinkburn, the villagers point out a shady green spot as covering the graves of the tiny people, and truly a more suitable place could not have been devised as the scene of so purely poetic a belief."

Another description of this beautiful place can be found in 'History of the Berwickshire Naturalists Club, Volume 4' (1857) by Wilson:

"The fairies, dead and gone this many a weary year, are supposed to lie buried at Brinkburn. Peace be to their tiny ashes! for they could not have a more fitting place of sepulture; not more verdant aisles than those from which the birds and bees intone their requiem."

"A shady green spot in the precincts of Brinkburn is pointed out by a pretty tradition as the burial-place of the Northumberland Fairies. Their tiny forms are no longer seen in the moon-lit glade, but the flowers they loved still bloom plentifully beneath the shelter of green groves."

I'm unsure as to why this place is known as a fairy burial ground, rather than just a fairy hill or dancing green, but Denham suggests that the "mortality, unheard of elsewhere, must have been attributed to the potency of the bells", suggesting that perhaps the building of the priory and the ringing of it's bells killed all the poor fairies living there, the poor things! Brinkburn Priory is also home to another legend, also said to take place at a grassy swell similiar to the fairy resting place. Bit of a long story is this one, and it can be found in Denham Tracts Volume 2 (1895). It is not directly connected to the fairies, but I think may be of interest to some of my readers so I thought to include it:

Under a grassy swell, which a stranger may know by its being surrounded with a wooden railing, on the outside of Brinkburn Priory, tradition affirms there is a subterraneous passage, of which the entrance remains as yet a secret, leading to an apartment to which access is in like manner denied ; and as these visionary dwellings are invariably provided with occupants, it is asserted that a hunter who had in some way offended one of the priors was along with his hounds, by the aid of enchantment, condemned to perpetual slumber in that mysterious abode. Only once was an unenthralled mortal favoured with a sight of the place and of those who are there entombed alive. A shepherd,, with his dog attending him, was one day listlessly sauntering on this verdant mound, when he felt the ground stirring beneath him, and springing aside he discovered a flat door, where door had never before been seen by man yea, that door opening upwards of its own accord on the very spot where he had been standing. Actuated by curiosity he descended a number of steps which appeared beneath him, and on reaching the bottom found himself in a gloomy passage of great extent. Groping along this warily, he at last encountered a door, which opening readily, he along with the dog was suddenly admitted into an apartment illumined so brilliantly that the full light of day seemed to shine there. Thisabrupt transition from darkness to light for some minutes deprived him of the power of observing objects correctly, but gradually recovering he beheld enough to strike him with astonishment, for on one side at a table, with his head resting on his hand, slept one in the garb of a hunter, while at some distance another figure reclined on the floor with his head lying back, and around him lay many a noble hound, ready as ever to all appearance to renew that fatal chase which consigned them all to the chamber of enchantment. On the table lay a horn and a sword, which, seeing all was quiet, the shepherd stepped forward to examine, and taking up the horn first applied it to his lips to sound it ; but the hunter, on whom he kept a watch, showed symptoms of awaking whenever he made the attempt, which alarming him he replaced it, and the figure started no longer. Reassured, he lifts the sword, half draws it, and now both men became restless and made some angry movements, and the hounds began to hustle about, while his own dog, as if agitated by the same uneasiness, slunk towards the door. Alive to the increased commotion and hearing a noise behind him very like the creaking of hinges, he suddenly turned round and found to his dismay that the door was moving to. Without waiting a moment he rushed through the half closed entrance followed by his dog. He had not fled ten paces when, shaking the vault with the crash, the door shut behind him, and a terrible voice assailed his ears pouring maledictions on him for his temerity. The fugitives traversed the passage at full speed, and gladly hailed the light streaming in at the aperture above. The shepherd quickly ascended the steps, but before he got out the cover had nearly closed. He succeeded, and that was all, in escaping perhaps a worse fate than those victims of monkish thraldom which he had just left ; but his poor dog was not so fortunate, for it had just raised its foreparts to come up when the door fastened on it and nipped it through

All that stands of Brinkburn Priory today is a restored 12th century church, and parts of the monastic buildings were incorporated into the manor house next door, which has sadly fallen into a state of disrepair. Both are now owned by English Heritage and are open to the public during the summer for a small entry fee. More about the priory and church can be read here on Wikipedia. So along to Brinkburn we went! After a long drive down a country lane we arrived at the car park. Right next to a car park sits a hill that looks remarkably like a fairy hill. At first I thought it might have been created when the car park was made, but there seem to be some old trees growing from it, suggesting that it may be older... 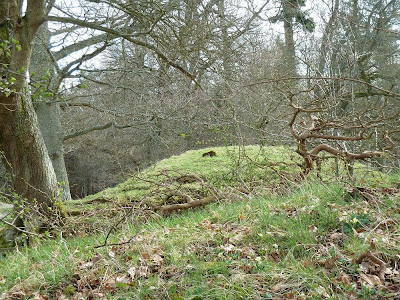 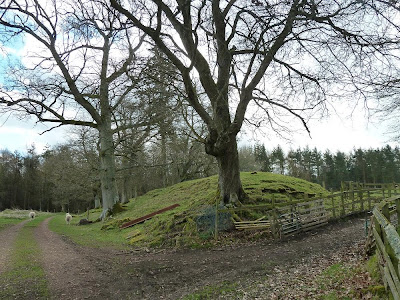 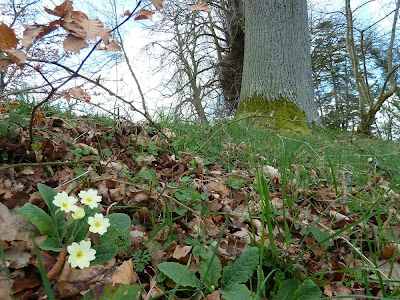 Along the path to the priory we pass primroses, enchanting lush green mossy tree stumps, and a little hole in a trunk, just the right size for a fairy... 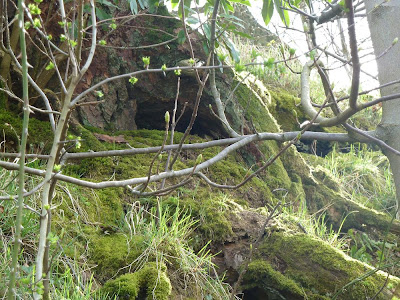 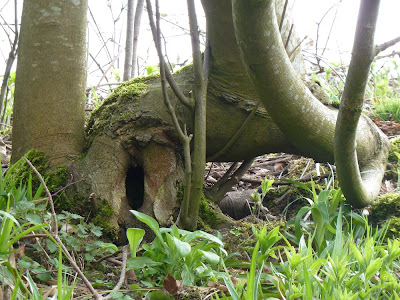 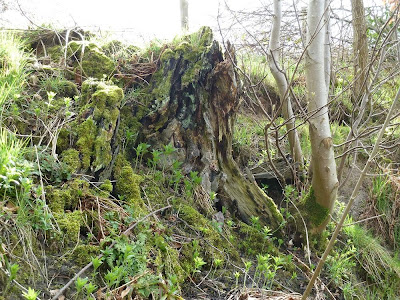 A bit further along the path and i'm face to face with a tree, quite literally! Sure i'm not the only one who can see a face or two in the trunk of this tree, and he seems to be hungry judging by the amount of rocks he's eaten! 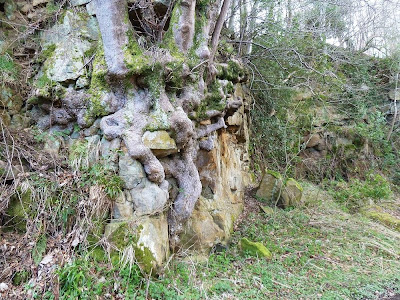 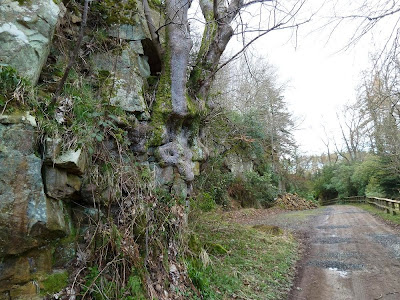 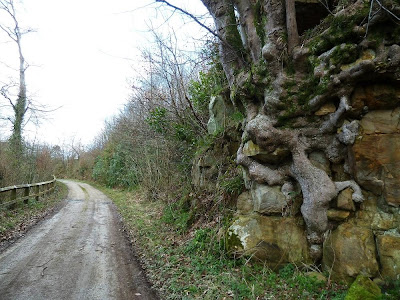 Nearly there, just around that corner... 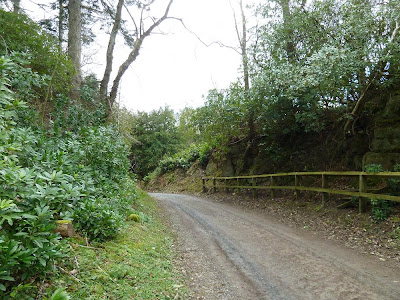 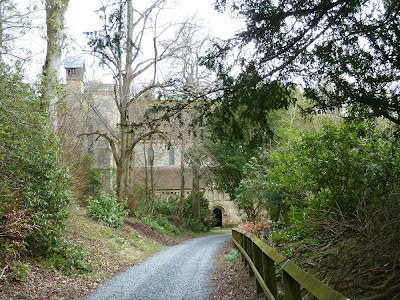 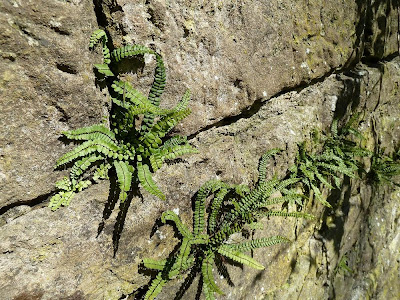 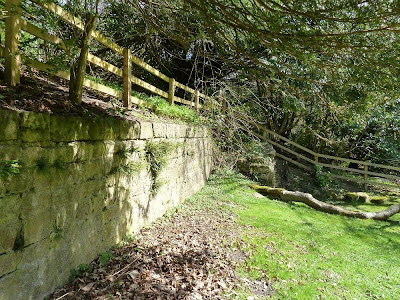 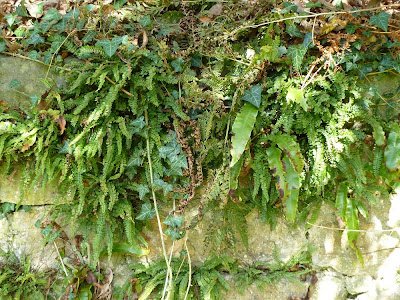 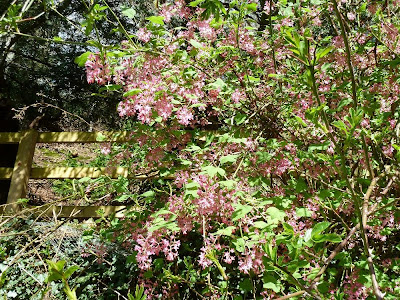 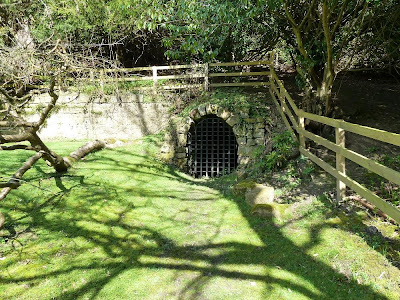 I apologise for any formatting issues with my blog, especially if it looks like a small goblin has randomly thrown the images at the page and there's spaces where there shouldn't be! I seem to be having a few problems at the moment and i'm not sure if the problem lies with me or the blogger site. Normal blogging will resume when I manage to turf the tricksy goblin out of my laptop!
Posted by The Faery Folklorist at 12:12

Hehe I did call him treebeard and give him a quick pat on the nose!! Couldn't help myself :)

Hello again, Your recent entries are just brilliant . Always exciting to visit your blog and see what treasures await this time! Easy to get addicted to your blog! Thank you again for such interesting and beautiful posts.

Thank you Valkrye for taking the time to read my blog! :D

Wonderful photos here. I love your research and enthusiasm for the subject.

Thanks Scott, lovely to discover your blog too, i'd never seen it before! Hope you don't mind if I add it to my links list :)

No problem! Thank you very much for linking to me :) I look forward to your next post.

What I'd give to live in the Brinkburn Priory, that looks so beautiful, all your photos are amazing!

Hi Daniel! Thank you, glad you enjoyed looking at my photos. Brinkburn truly is beautiful, the building next to it is an old house that's now sadly standing derelict, what I wouldnt do to live in that house and restore it!! :)