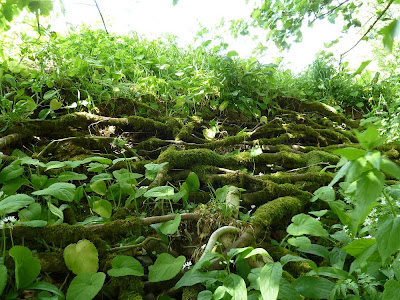 There was once a large forest in the Scottish Borders called Ettrick Forest, it was a Royal forest and the favourite hunting ground for many of the Scottish kings. It was also home to all manner of faery folk including helpful brownies and wild fearsome shellycoats. Sadly most of the forest has since been cut down and little is known of the creatures who once dwelt there, but the story of the last brownie was recorded and the legend is still told around the area. Gentleman's Magazine, volume 129, published 1821 tells this version of the tale:


"The last Brownie who haunted a wild and solitary spot in Ettrick forest, was banished by the mistaken religious notions of a foolish old devotee, who presented him with a milk porringer, and a piece of money. The parting sprite was heard to howl and cry the whole night, 'farewell to bonny Bodsbeck'."

For those who don't know, brownies are among the most helpful of faery folk and are most often encountered in farmhouses and little old cottages. Once upon a time, nearly every house had it's own brownie, who worked hard and took pride in maintaining a clean and tidy house. But when given an item of clothing, or a coin or two for their work, they vanish most suddenly and refuse to return. Some say that they take offense at the gifts, others say that brownies with money to spare and finery to wear are far too elegant for housework and leave to seek better things.

That said, brownies do have their tricksy moments and have been known to play many a practical joke on neighbouring villagers. According to Scott's Minstrelsy of the Scottish Border (1869 edition) the Ettrick forest brownie once disguised himself as a Shellycoat and played a practical joke on two men on the banks of the river Ettrick:


"Two men, in a very dark night, approaching the banks of the Ettrick, heard a doleful voice from its waves repeatedly exclaim - "Lost! Lost!"- They followed the sound, which seemed to be the voice of a drowing person, and, to their infinite astonishment, they found that it ascended the river. Still they continued, during a long and tempestuous night, to follow the cry of the malicious sprite; and arriving, before morning's dawn, at the very source of the river, the voice was now heard descending the opposite side of the mountain in which they arise. The fatigued and deluded travellers now relinquished the pursuit; and had no sooner done so, than they heard shellycoat applauding, in loud bursts of laughter, his successful roguery. This spirit was supposed particularly to haunt the old house of Gorrinberry, situated on the river Hermitage in Liddesdale".

The story of the Ettrick forest brownie was perhaps fuelled by the release of a book on border life called 'The Brownie of Bodsbeck and other tales' published by James Hogg in 1818 and set in the 17th Century. In this story the Brownie of Bodsbeck was thought to be a monster haunting Chapelhope, but a plot twist reveals all is not as it seems. Hogg was good friends with Walter Scott, and was also very interested in local legends, so his fictional story probably did carry true notes of local folklore.

In 1826 Robert Chambers published his Popular Rhymes of Scotland, which included a story of a brownie that lived in a farm house in Bodsbeck. The brownie worked hard both in and out doors at the farm and Bodsbeck became the most prosperous farm in the whole district. The brownie took payment for his labour in the form of a small moderate quantity of meat when he required it. During a time of very hard working, when the Brownie had worked even harder than usual, "the goodman took the liberty of leaving out a mess of bread and milk, thinking it but fair that at a time when some improvement, both in quality and quantity, was made upon the fare of the human servants, the useful brownie certainly deserved to share in the blessing. He had calculated, however, without his guest; for the result was, that the brownie left the house for ever, exclaiming,"Ca, Brownie, Ca' A' the luck O' Bodsbeck away to Leithenha." and it is said that the brownie settled in a neighbouring farm house called Leithenhall was never seen again at his previous dwelling.

Whilst visiting the Scottish Borders I paid a visit to the Ettrick Forest area. The forest once stretched for many miles and covered a lot of this area, but now only small areas of forest remain, and these were most likely planted more recently. Magical areas are plentiful though, and I wouldn't be at all surprised if there are still brownies in the woods seeking new houses in local farmhouses, or instead choosing to live in the woods among the elves and gnomes. 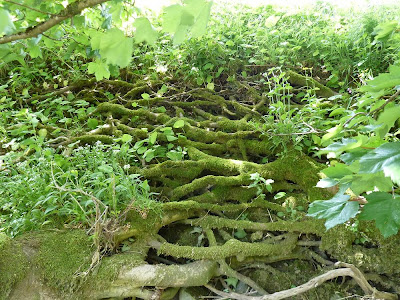 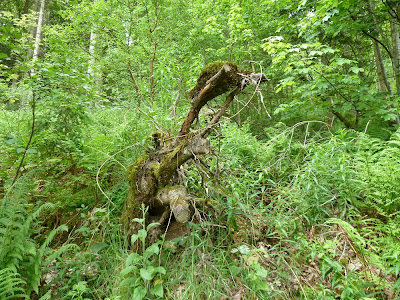 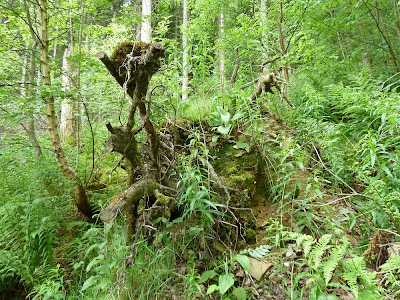 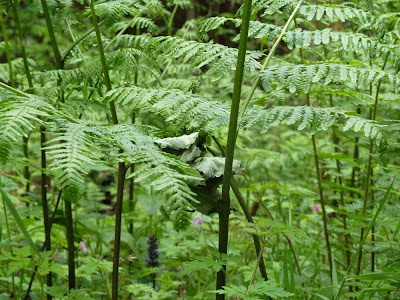 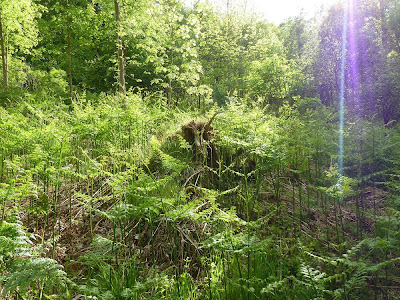 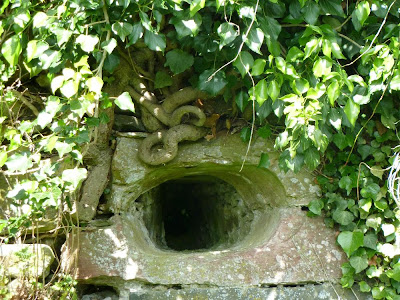 Beware the trees with eyes.... 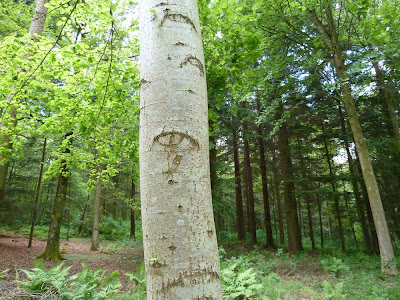 I spotted this ball of furry roots at the side of a path, and couldn't help but imagine it growing some arms and legs and some eyes peering out between the rooty hair! 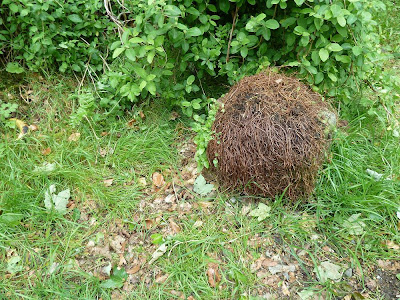 Sources & Further Information
Gentleman's Magazine, Volume 129, 1821
Minsrelsy of the Scottish Border, Walter Scott
The Brownie of Bodsbeck and Other Tales, James Hogg
Popular Rhymes of Scotland, Robert Chambers
Study of Hogg's Brownie of Bodsbeck
Posted by The Faery Folklorist at 14:48

Thanks very much for your very fine efforts; I had to search quite a few maps to find it, but once having associated it with the Allan Water (I couldn't believe that it actually said 'The Fairy Dean'} I found it on the 'Blaeu' atlas of 1654. That is to say the Allan appears to have been called the 'Elluand'. a very strange name for a river.

Hi Derick! Thanks for sharing your research, very interesting :D