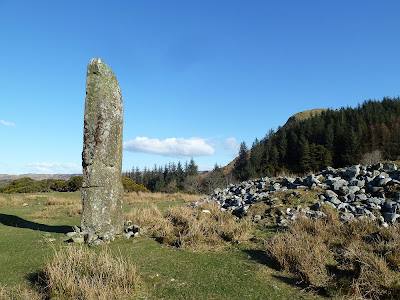 On a lovely sunny morning we headed south to Kilmartin, with a special planned stop at Kintraw to see the beautiful standing stone and cairns. Kintraw is also said to be home to a Fairy Hill, though as far as I know the exact hill is unknown, though Westwood's Lore of Scotland (2009) suggests the location as the nearby hill of Gorlach.

Lord Campbell tells the curious story of the Fairy Hill in his Waifs and Strays of Celtic Tradition, Argyllshire Series (1889) and gives credit for the story to Mrs Annie Thorpe, nee Miss MacDougall of Lunga, Ardbecknish, Lochow:

"There is a green hill above Kintraw, known as the Fairies' Hill, of which the following story is told. Many years ago, the wife of the farmer at Kintraw fell ill and died, leaving two or three young children. The Sunday after the funeral the farmer and his servants went to church, leaving the children at home in charge of the eldest, a girl of about ten years of age. On the farmer's return the children told him their mother had been to see them, and had combed their hair and dressed them. As they still persisted in their statement after being remonstrated with, they were punished for telling what was not true.

The following Sunday the same thing occurred again. The father now told the children, if their mother came again, they were in inquire of her why she came. Next Sunday, when she reappeared, the eldest child put her father's question to her, when the mother told them she had been carried off by the "Good People" (Daione Sith), and could only get away for an hour or two on Sundays, and should her coffin be opened it would be found to contain only a withered leaf.

The farmer, much perplexed, went to the minister for advice, who scoffed at the idea of any supernatural connection with the children's story, ridiculed the existence of "Good People," and would not allow the coffin to be opened. The matter was therefore allowed to rest. But, some little time after, the minister, who had gone to Lochgilphead for the day, was found lying dead near the Fairies' Hill, a victim, many people thought, to the indignation of the Fairy world he had laughed at."

As you can see, Kintraw is a beautiful and enchanting location, with rolling hills and thick dark forests. The only question is, on which of these mysterious hills do the faery folk live? 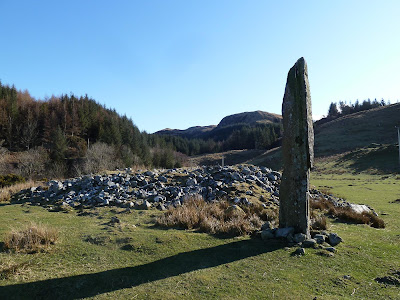 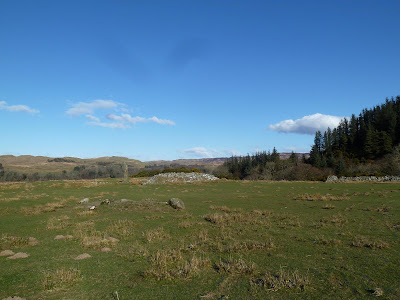 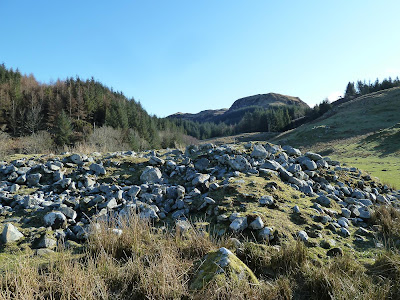 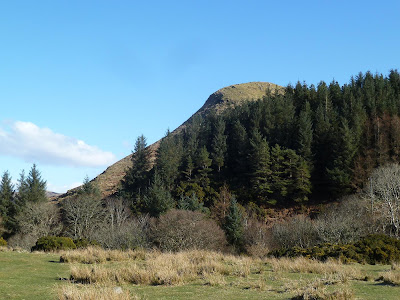 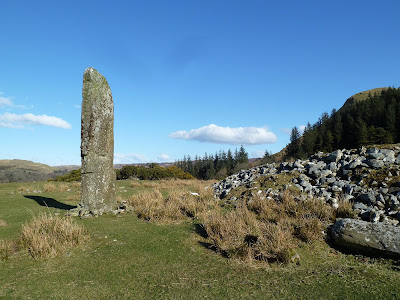 I was surfing in Internet for info for fairies when I found your blog. Quite an interesting collection of folk stories from UK and Ireland:)

Most of the themes are quite similar with the legends of supernatural creatures in Eastern Europe. I was wondering do you have any collected stories for dragons? The dragon or the zmeij as it is called in Eastern Europe:)

Hi there! Thanks for visiting my blog :) I find dragons very interesting too, we have a few stories here in Northumberland like the Laidly Worm, and Longwitton Dragon, though i've been so busy chasing fairy stories that I hadn't researched any dragons yet! Hopefully one day though!! :)

Looking for that day to come:)

Beautiful and marvelous. I was left stunned when I watched dolphins argyll. It was a very great thing to witness... those creatures in there natural habitat.