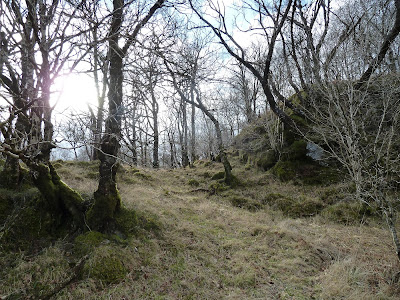 If I had to pick the most enchanting fairy site visited on this trip it would be Nant Woods, without a doubt. This mossy green woods with it's gnarled old trees seems to hide a secret or two, the minute we arrived it began snowing, and the minute we left it stopped.

Campbell's Superstitions of the Highlands (1900) tells us this story of the fairies of Nant Woods:


"A child was taken by the Fairies from Killichrenan near Loch Awe,  to the Shi-en in Nant Wood (Coill' an Eannd). It was got back by the father drawing a furrow round the hillock with the plough. He had not gone far when he heard a cry behind him, and on looking back found his child lying in the furrow."

Campbell also mentions the area in his Witchcraft and Second Sight in the Highlands (1902):


"On the high road leading from the wood of Nant (Coill' an Eannd) to Kilchrenan on Lochaweside, two or three summers ago, the traveller was met by a dark shadow, which passed him without his knowing how. On looking after him, he again saw the shadow, but this time moving away, and a little man in its centre, growing less as the shadow moved off. The little man was known as "Bodach beag Chill-a-Chreunain.""

Another curious site nearby is 'Clach Na H'Annaid', said to signify the site of an early religious settlement. On this site is a disused graveyard, some say it was used to bury upbaptised children. In agreement with this the 1881 OS map marks the spot as an Infants Burial Ground.

We had a wonderful wander around Nant Woods, just as the sun was dipping in the sky. Campbell's story doesn't give an exact location for the fairy hillock, but I have an inkling that the hill in the photo below has a faery inhabitant or two.... 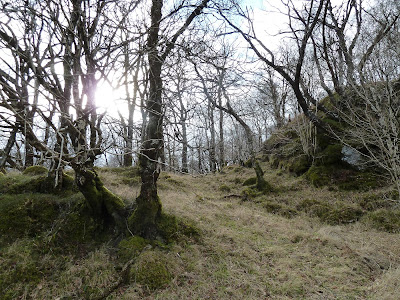 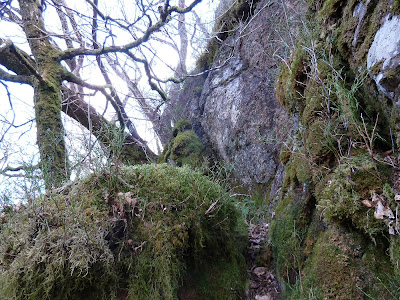 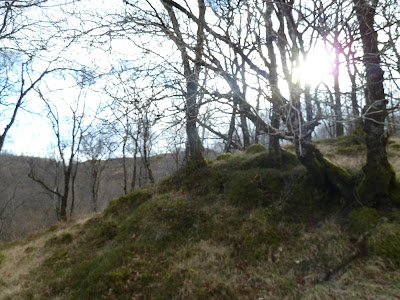 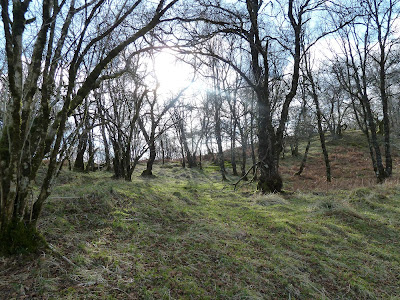 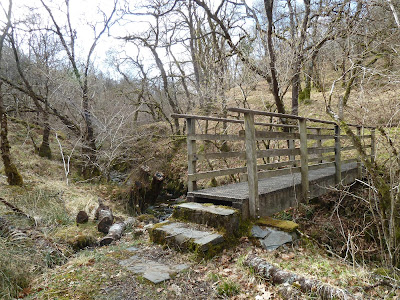 This strange little structure may look like the work of the fairies, but according to the nearby sign it's a reconstruction of a charcoal burner.... 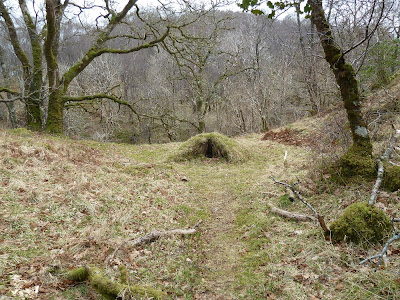 Here are a couple of photos from charming Kilchrenan, where the child was stolen by the fairies... 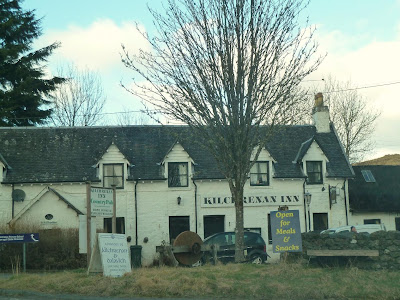 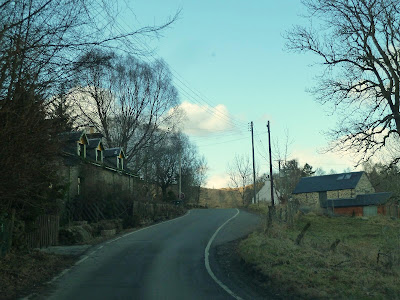 Love the landscape this country, greeting from Belgium

Hi Louisette! Lovely to meet you! Are there many fairy stories in Belgium too?

Hello! I'm an avid reader of your blog, and have finally made arrangements to go to Scotland to see many of the Fairy sites you mention. In particular, I want to see Nant Woods, but I cannot find anything online that tells me where to find it! Could you be a little more specific on how to get there? Many many thanks.
Julie

Hiya Julie! There's a great website here with a map and details of a walk through the woods: http://www.walkhighlands.co.uk/argyll/glen-nant.shtml

If you haven't already read it, you might find this book useful, great guide to the folklore of Scotland :D http://www.amazon.co.uk/The-Lore-Scotland-Scottish-legends/dp/1905211627

Let me know if you need any other help or travel info, i'm off to Scotland myself too in a few weeks time to the Isle of Mull, then visiting Orkney for the first time later in the year! Once you visit Scotland once you just have to keep going back :)