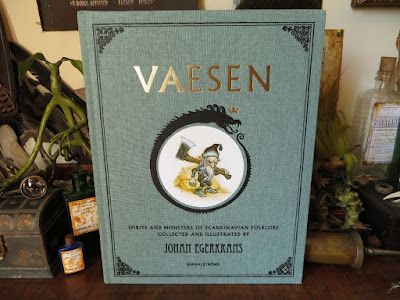 I don't often write book reviews but a beautiful book has come along that I just want to share with you all! I first heard about the book on a folklore group on Facebook and immediately tracked it down on Amazon and was about to purchase a copy in Swedish just to stare at the beautiful and magical images, when much to my excitement I discovered through the author's Facebook page that it has recently been released in English. The book was first published in Sweden four years ago under the name of Nordiska Väsen and has just this year been released in English under the name of Vaesen, though I think it is still largely unknown to the British fairy enthusiast community, hence me wanting to shout about it a bit and to recommend it to you all!

Let me present to you.... Vaesen, Spirits and Monsters of Scandinavian Folklore Collected and Illustrated by Johan Egerkrans. This beautifully illustrated 127 page hard back book is a most thorough guide to the folkloric creatures of Scandinavia, divided into chapters on Nature Spirits, Familiars, Shapeshifters, Ghosts of the Dead, and Monsters. You may already be familiar with some of the creatures included like the troll, wood wife, neck, church grim, and myling, but perhaps you need to brush up your knowledge on lesser known creatures like the wife of the ash tree, the ship gnome, the milk hare, and the night raven? Every creature is beautifully illustrated, many with a full page colour plate. No source information is given throughout the text, and I think it would spoil the flow of the book if it did, but a bibliography is included at the back, including both Scandinavian and English texts.

The book can be ordered here and the ISBN number is 9789132181948. More information can be found on the author's blog here. I ordered using the Translate feature of the Google Chrome browser, and including postage to England it came to a very reasonable £24 UK pounds, and arrived in three working days!

I present to you below some sample pages from the book, with some help from my trusty helpers Mr Wilfreydig and Gideon Mclockthur (Created by the wonderful Moises of Goblins Lab). They said they give it 12 out of 10, and said it is also very well sized for games of gnome hide and seek, and Mr Wilfreydig would like to say he found it extremely accurate and truly hopes he never meets a Lyktgubbe!! 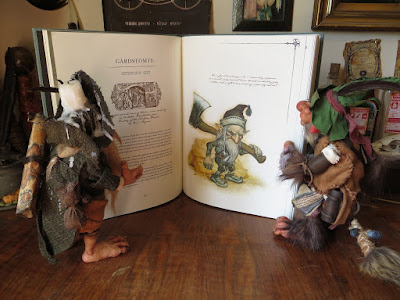 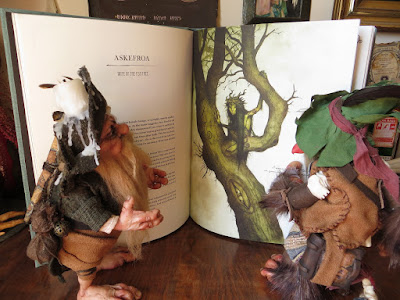 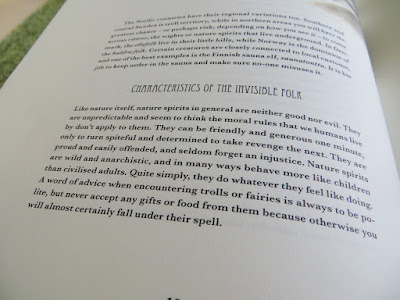 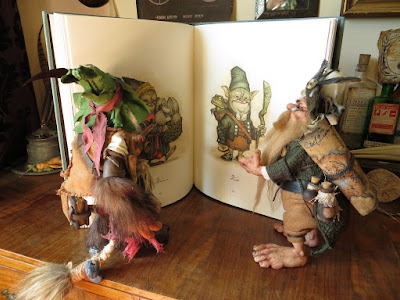 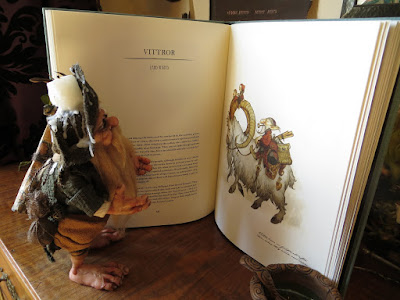 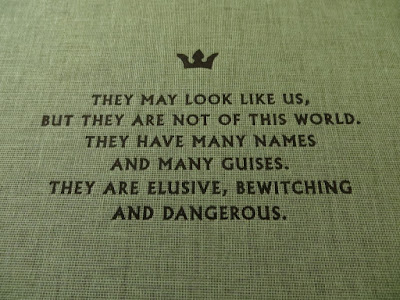 Posted by The Faery Folklorist at 18:29

A beautiful looking book. I love the illustrations,worth buying for them alone.

How can you get it if you live in the United States?

Hiya! I think Americans can order it from here: https://grimfrost.com/products/vaesen